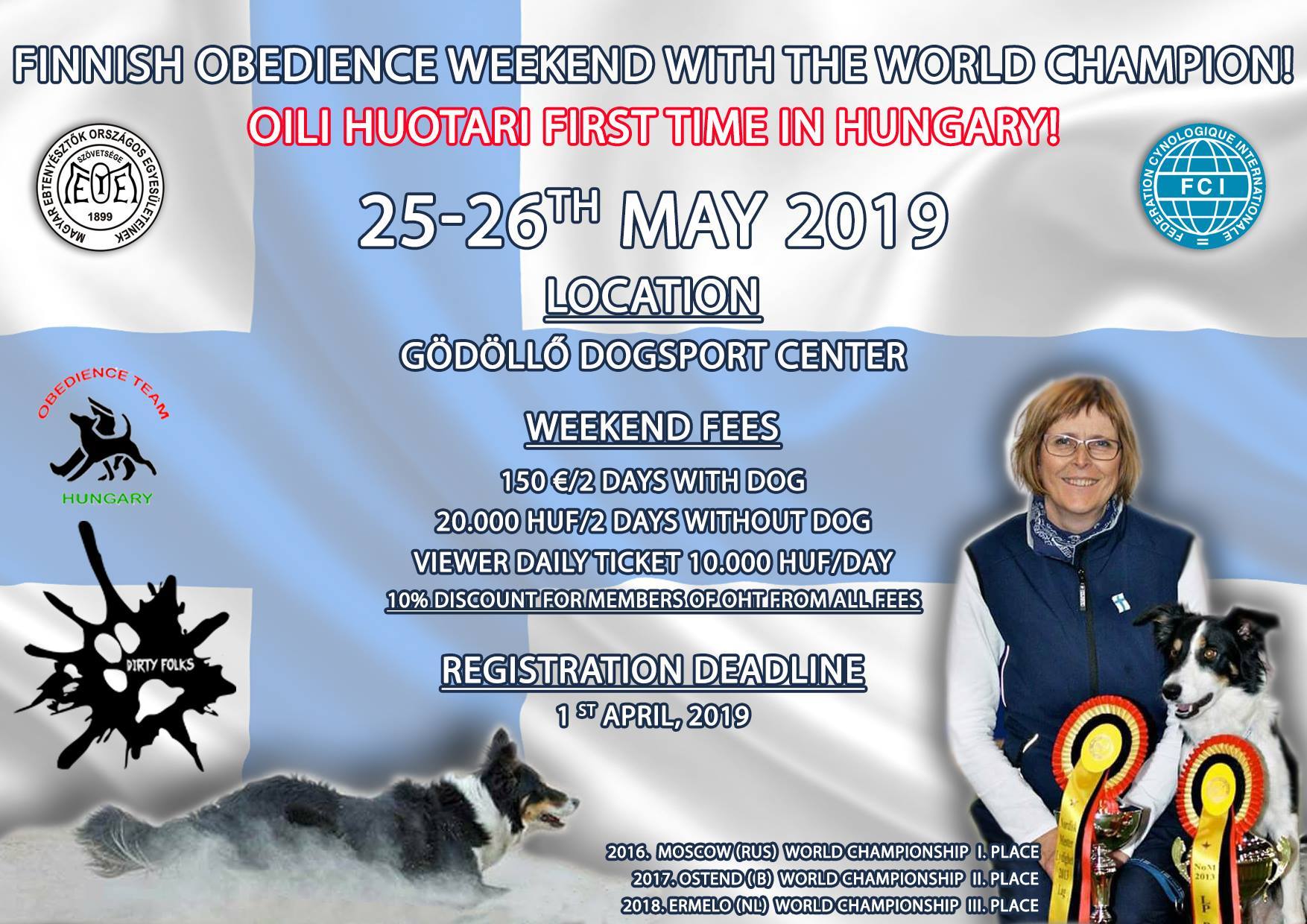 The competitors of the Skandinavian countries year by year undeniably are in the forefront of World Championship, if it is about Obedience sport. No wonder, as we can say this is the cradle of this sport. Oili Huotari was the World Champion in 2016 in Moscow, and since then she continuously is in top 3 with her dog Tending Occult called Zip. In 2017 she was on the second place, and in 2018 on third. In 2019 she is going to visit in our country at the first time, to share her knowledge and experiences. The finnish obedience sport is world's first, on the World Championships they are always on the first place in team. The elite of the foreign competitors usually go to Finland to learn and training.