Does the love of dogs depend on where you live?

Why do some people love pets and not others? According to a new study there are huge differences between nations in preferences for pets.


According to a new study published in Psychology Today, not only factors such as gender, personality, and even genes are related to pet-ownership and our attitude towards pet dogs and cats, but geography also counts. In Idaho, for example, 58% of households include a dog compared to only 24% of homes in Connecticut.

Studying the collected data on global dog populations and dog ownership in 70 countries, researchers have found interesting connections between national differences in pet preferences and the ratio of pet ownership. This information comes from a variety of sources including Euromonitor International (a global market research organization), Dr. Matthew Gompper (an animal ecologist) and the European Pet Food Industry Federation. I spent the next couple of months going over the spreadsheets, and we recently presented the results of our analysis at the 2019 annual meeting of the International Society for Anthrozoology.  I was stunned by the magnitude of the differences we found between countries in the roles of dogs in human lives.

How Many Dogs Are On Earth And Where Do They Live?

Experts disagree about how many dogs live on our planet. Psychology Today blogger Stanley Coren calculated that there are at least 525 million dogs on earth, though he admits that this is probably an underestimate. Other researchers think that if you include free-ranging “street dogs” the number is much higher. Indeed, Andrew Rowan, Matthew Gompper, and Ray and Lorna Coppinger independently concluded that there are a roughly a billion dogs running around the earth. That’s one dog for every seven and a half humans.

These billion or so dogs, however, are not evenly distributed around the globe. Take, for example, Euromonitor’s estimates of pet-dog ownership in 53 countries. Among these nations, there were, on average, 109 pet dogs per 1,000 people.  But as shown in the graph below, the differences between countries are huge.

Why Do Some Nations Have More Dogs Than Others?

Why are dogs loved in some countries and loathed in other? Some historians have argued that pet-keeping often originates as a pastime of the wealthy which, over time, filters down to the lower classes. This idea suggests that pet-keeping should be more common in wealthier nations than in poorer countries.  To my surprise, this is not the case with dogs. Take the nations in the European Union. With a per capita GDP of $54,135, Sweden is one of the richest nations in Europe. Yet only12% of Swedish households include a dog. In contrast, with a per capita GDP of $13,669, Romania is among the poorest of European countries, but 46% of Romanian homes include a dog. The relationship between GDP and dog ownership in the EU is shown in this scatterplot. For stat-geeks, the correlation coefficient was considerably larger and in the opposite direction than I would have predicted (r = -.44).

Religion Affects Our Relationships with Dogs

Aspects of culture such as religion play a big role in human attitudes towards dogs. In some branches of Islam, for example, dogs are in the category of unclean creatures. Our spreadsheets included data on dog populations in 12 predominantly Islamic countries. To control for differences in national wealth, we matched each of these countries with the non-Islamic country with the most similar GDP. Including both free-ranging and pet dogs, there were nearly three times more dogs per 1,000 people in the 12 non-Islamic nations than the primarily Islamic countries (160 dogs versus 60 dogs per 1,000 people).

Many studies have found differences in the personalities of “dog people” and “cat people.” But are there also “dog nations” and “cat nations”? According to 2014 Euromonitor data from 47 nations, the answer is yes. In terms of the sheer number of animals, Americans like dogs and cats about equally, with a very slight preference for cats. (The dog/cat ratio in the US is .97 to 1.) And worldwide, there are 1.3 pet dogs for every cat. But some nations show more marked preferences for canine and feline pets. While there are comparatively few people who own pets in India, those that do are ten times as likely to live with a dog than a cat. Among the most dog-loving nations are South Korea (9 pet dogs per cat), and the Philippines (7.2 pet dogs per cat). On the other hand, in Indonesia, Switzerland, Austria, and Turkey there are three or four cats for every dog.

Attitudes toward Pets Can Change Rapidly
The study's author, Hal Herzog Ph.D. has been investigating the complex psychology of our interactions with other species for three decades. He published this article in the first person singular and his friend, Nyaga Mwanki, professor of anthropology at the Western Carolina University, played an important role in the research. Mr. Mwanki grew up in a small village in the Mount Kenya, and he gave the author detailed information on how African dogs were treated there. In his childhood dogs were part of the village community but they roamed freely in it. Fierce dogs were highly valued because they could scare off strangers and wild animals. But he made it clear that these dogs were not viewed as companions. They were not allowed to enter houses or fed at dinner tables or sleep in beds. Indeed, there is not even a word in his native language for the category of animals we call pets.

Nyaga Mwaniki’s son Munene was born and raised in the United States, and he has followed in his footsteps. Like his dad, he earned a Ph.D., and, like his father, he is a member of the Sociology and Anthropology Department at Western Carolina University. The author was curious to know, if he also shared his father’s early distaste for dogs as family members and he received a surprisingly heartwarming answer:

Currently, I have two dogs that have the run of the house… They have a way of growing on you, and they're nice to cuddle with on the couch or in bed. They also go over to my parents and are allowed upstairs and on the furniture, and my dad likes to hold them on the couch and play with them. All in all, he's changed a lot in how he sees dogs, and I think Kenyan society is changing as well.”

And in a later email, the author's friend, Nyaga described changes in Kenya in recent years regarding attitudes towards dogs and cats.

Increased Westernization, not so much in the rural areas compared to urban centers, has had a strong impact on people's attitudes towards pets. For many people in the rural areas with very low incomes keeping pets and caring for them is a financial burden. Even the families who may have dogs or cats people let them fed for themselves and they are not even let in the house. Some survive on the food that is thrown away. Among the wealthy families the story is very different. Pets are fed the way we do here and are also taken to the Vets. And of course  they are allowed into the house and even share the beds.

Their comments nicely show that while our attitudes toward pets are still largely a matter of geography, under the right circumstances, they can change rapidly.

The healing power of love – a Husky adopted an orphaned kitten
They thought the tiny kitten wouldn’t make it to the next day. But then something magical happened that no one expected. Read the incredible story of Rosie and Lilo. 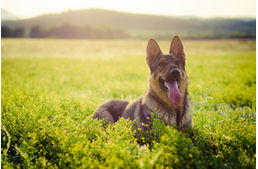 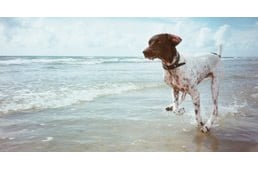