Lost in the ocean - and the dog who survived it

The incredible story of a dog's wonderful homecoming!


In the middle of February, Nick Haworth lost his best friend. At least that’s what he assumed… One day the two friends went fishing in their boat near the Island of San Clemente (Pacific Ocean). But the fishing ended tragically, when Luna, the 1 year-old German Shepherd fell off the boat. Nick tried his best to find his beloved dog, but as the hours went by all hope was lost… He said goodbye to Luna on his social media site:

RIP Luna, you will be greatly missed

The unbearable pain he felt was relieved when he heard news about Luna. Five weeks after the accident the dog walked up to the marine staff! Her primary instincts have overwritten her fears and no matter how tired she felt, she swam all the way back to the island, covering nearly two miles till she reached the beach.

San Clemente is located 70 miles from San Diego and it hosts a military training base for marines. So wandering on the island can be dangerous for all those who do not belong to the staff because of the regular training programs, which often involve shooting. Luna was really lucky, she managed to stay far from danger but still she had to fight for her life every day during the long weeks she was missing. Locals believe she fed on mice and rodents she hunted.

The long weeks of sadness and grieving are over now. A few days ago Luna was reunited with his owner, who could hardly wait to embrace his lost friend. Look, how happy they are! 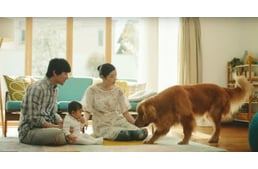 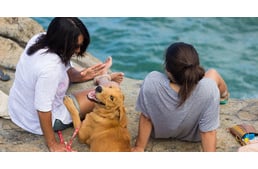