Dog beach bans are changing in Cornwall and here’s what you need to know about the process.


New rules are set forth regarding the use of beaches of Cornwall. Being a popular destination for visitors and famous of its active and solidary dog friendly community at the same time, brings along a willingness to suit and serve all residents and guests, whether they have dogs or not.

The restrictions have shown considerable variability so far but from 2020 consistency seems to get more importance in this field. Currently, 48 Public Space Protection Orders (PSPOs) are in place which limit the time and date for dog owners planning on taking their pups to the beaches. Now, as part of an attempt to simplify the rules, the Council has decided to introduce a standardized system. If you’d like to take your dog to the beach, be aware of getting proper information about permitted times as ignoring them could cost you a £100 fine.

What has lead to the decision?

Last summer, Cornwall Council launched  a public consultation about the restrictions, possible changes, curious to hear about how residents and visitors view the situation. More than 13,000 people completed the survey, an incredible number, outrunning all past initiatives:

“Across this huge response was a strong theme for the regulations to be both simpler to understand, and standardised across Cornwall. At present they are different from place to place - some are 24 hours, some start at 7am. This is complicated and confusing, particularly for our visitors, so harmonising dates to two months, and times to 8 hours a day, will make them easier to comprehend and to enforce.”

So, restrictions were modified to a two-month period (July and August), which reflects the opinion of the majority (nearly 70%) of the respondents.

“The only exception will be on those beaches that hold Blue Flag status, where restrictions will be in place for over four months. This acknowledges the concerns of some parish and town councils which have Blue Flag beaches in their areas.”

Dog bans will be in force on several beaches from 10am to 6pm between July 1 and August 31. These orders will stay in place for three years unless reviewed. Here’s the list of beaches, where dogs will be banned in the time and date set above:

Certain beaches in Cornwall will fall under different rules: dog bans will be in place from May 15 to September 30 between 10am – 6 pm.

Porthchapel Beach near Land’s End is a favourable exception: dogs will be able to enjoy beach life as restrictions will be lifted upon the private owner’s request.

Having listened to feedback from the Council’s largest-ever consultation response, regulations for dogs on beaches in Cornwall will be simplified and harmonised from this April. Rob Nolan, Cabinet Member for Neighbourhoods and Public Protection, has decided that restrictions will be in place only in July and August, except on beaches with Blue Flag status where they will apply for four and a half months. Adding one hour in the evenings, until 18.00, will match most lifeguard hours.

“This means people will be able to go down for a beach walk in the morning and the evening with their dogs. And people who prefer a beach to be dog free will also be clear about the months and times of day they can expect this."

However, dog owners and walkers will be monitored to see if they honour the rules. New signs will be created underlining their responsibilities such as cleaning up after their pets and keeping them under control. The Council is planning to review the changes after the 2020 ’test-period’ in order to assess their impact.

Thanks to the new and standardized restrictions, dog owners and dog walkers can clearly see when and where their dogs are welcome. Tourist accomodation providers will be able to inform their guests and visitors about the rules in force and thus contribute to a happy stay in Cornwall.

JFK Airport To Open Animal Only Terminal Complete With Luxury Dog Resort
Air travel for pets used to be a miserable, even dangerous experience. More and more airlines have been changing their policies on how pets fly the friendly skies, and now, one airport is making the wait before boarding an incredible experience for all creatures! 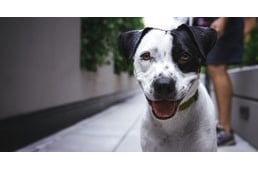 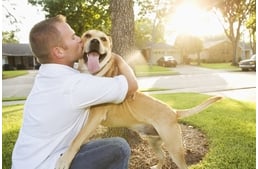