A senior volunteer at a shelter saved an elder dog from living her last days alone and documented their special relationship in a touching photo series.

The dog was abandoned on the street and left to fend for herself – and as a senior, it was a struggle. Not only did she have to face the challenges of being a stray – hungry, scared and cold — but she was also blind and infested by fleas.

Fortunately, people made the shelter aware of the dog and brought her in. But then staff discovered devastating news: She was dying of cancer. Not only was this a hard diagnosis but her chances of adoption were basically zero. She would be euthanized. Baker wasn’t having it.

“When they brought this poor one in, I just loved her. We thought we’d give her some comfort in her last days,” he told Cinnancatti.com. He, along with his wife, decided to take her in, a move that helped both sides.  “Turns out, she’s done so much for us – reminded us what it is to be human. She’s a joy.”

Shelter director Elizabeth Cochran couldn’t be happier with the Bakers taking the dog in:

“This is the most beautiful and special adoption – the fact that they were willing to take her on and tend to her needs and give her a great life for what time she has left,” she told the outlet. “It’s an adoption that rarely happens. We’re so grateful to Bill. Bill is the most kindhearted and gracious individual. He’s a great volunteer. He spends so much time with each and every animal. He seems to communicate with them on a deep level.”

Shelter photographer and friend, Lisa Binns, decided to document the special relationship between the Bakers and Marcie.

Dog Body Temperature - What is Normal?
Sometimes our pet’s body can feel warmer than usual at a touch, but this does not necessarily mean fever. How do we know if everything is all right or it’s time to visit the vet?

Remembering Our Beloved Dogs
Today we light a candle for all our beloved ones who passed away. We remember all our furry friends who are no longer with us anymore. 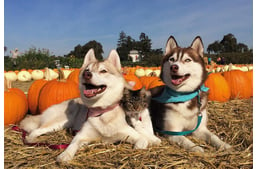 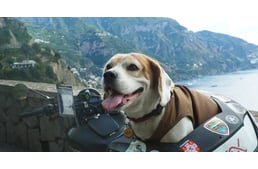