The touching story of a Greek stray dog

We never know what the future holds for us. Or whom we'll meet while we are wandering on our own paths. Our lives may be connected with lives of people and animals for a short time... or forever. This story is about a couple who met a lonely dog on the beaches of Greece.


We spent a fabolous holiday in Sarti (Sithonia-Peninsula, Greece) a few years ago. One evening we were strolling on the beach of the resort after dusk and we ended up at the border of the village. This part has less traffic and a few days earlier we saw a lonely puppy there, so I hoped to meet him again that evening. And we did. A little wagging tail popped up from under the bushes, and the happy 'tail-drive' lead the dog in our direction.

The puppy’s worrying mother kept a short distance from us, but then she decided to approach us slowly. It was quite obvious for us that it’s been a long time since she's experienced human touch. So we showered her with our caresses. Meanwhile, the puppy discovered the place. The Greek village is popular among tourists and the other passers-by caught his attention. Naturally, the cute little pup caught their attention, as well.

But his mother stayed with us. She enjoyed our caresses and made up her mind to follow us home. Because of her stunning black fur, we named her Kormi (Blacky).

We have been to Greece before, so it was not unusual for us to meet stray dogs on the streets. But Kormi stayed with us until we arrived to the apartment and she lied down peacefully in front of our balcony, when we opened the door. The next time we left our room, she danced enthusiastically around us, especially when we went for a walk. We headed to the nearby rocks, because we love discovering new places while we are on holiday. Kormi joined us on our little trip.

We gave her some treats at the rocks, tasty bites of my Grandma’s cookie and a little pistachio. Though she quickly became our guardian angel, we didn’t want to attach her to ourselves knowing that we would be leaving in a week. All our attempts failed… We put an imaginary leash on her that day. It was the 'leash of love' that tied us to each other.

From that day on she followed us everywhere we went during our stay. She accompanied us to the beach at dawn to welcome the sun and she was there when we were bathing in its hot rays. She even dared to take a few steps in the sea but refused to swim with us. Instead, she headed to our bags and towels, dug a hole under the shadow and guarded our stuff, while we were away. She barked at every stranger who walked by her new territory.

Unfortunately, the other dogs of the inhabited areas didn’t like her, so she avoided to go there. Only once did she came with us but when we lost each other, we could be sure that she would be waiting for us on the balcony of our apartment. Rarely did she leave us, but when she did, she was looking for something to eat. Luckily it’s not that difficult to find some food in the holiday resort, as tourists are usually kind to stray dogs, they often stroke and feed them.

When our holiday was over, we had to take that imaginary leash off of Blacky. Our car arrived and she was watching us enthusiastically as we packed our bag into its trunk. I couldn’t look her in the eye when we got into the car and shut the doors in front of her. I could barely hold my tears back, so when I glanced back through the rear windshield, I burst into tears.

Despite her short legs, Blacky, the little Dachshund-mix ran after us at full blast. I felt terrible to leave her behind but there was nothing we could do. We heard that she found a family later. However, we bought a name tag for her and we planned to put it on her collar for everyone to see that she is not a stray dog anymore. She belonged to us. When we returned to Sarti the next summer, we tried to find her but she was gone.. I hope she is in a safe place now and one day we’ll meet again.

2020 welcomes new rules for dog owners on Cornwall's beaches
Dog beach bans are changing in Cornwall and here’s what you need to know about the process. 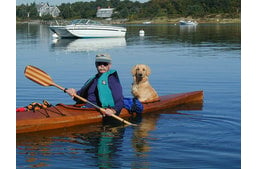 News - Coverstory
Rowing with you dog? Here’s a great idea 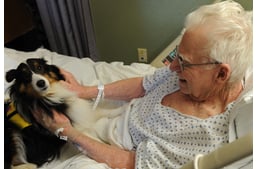